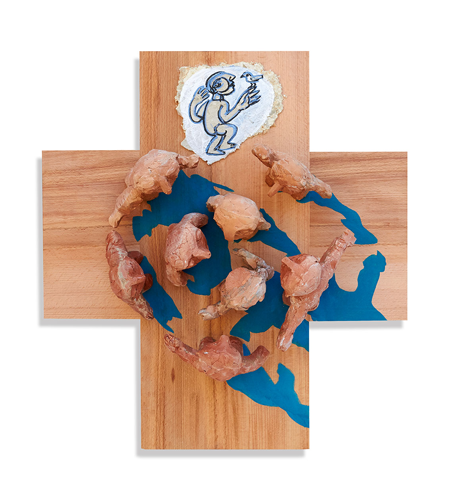 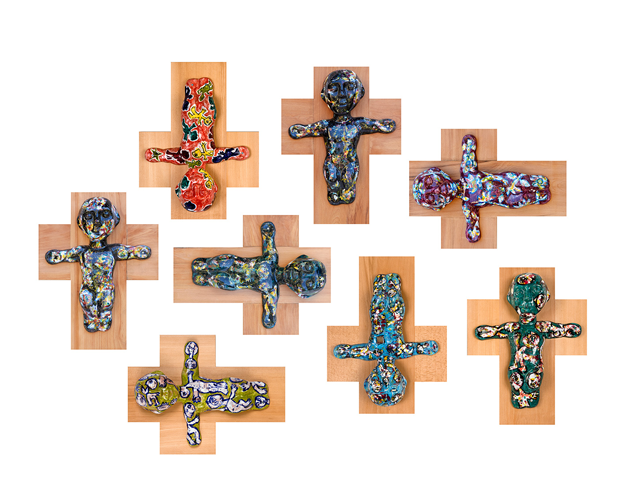 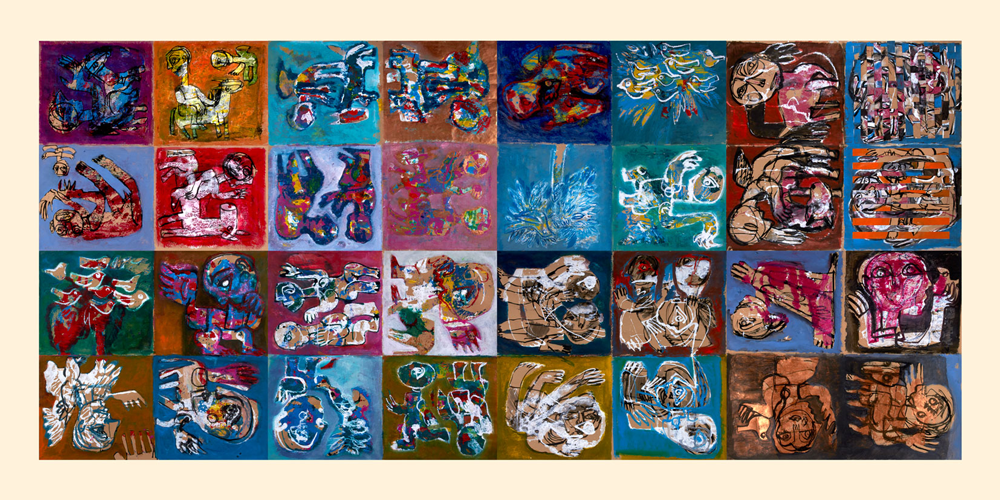 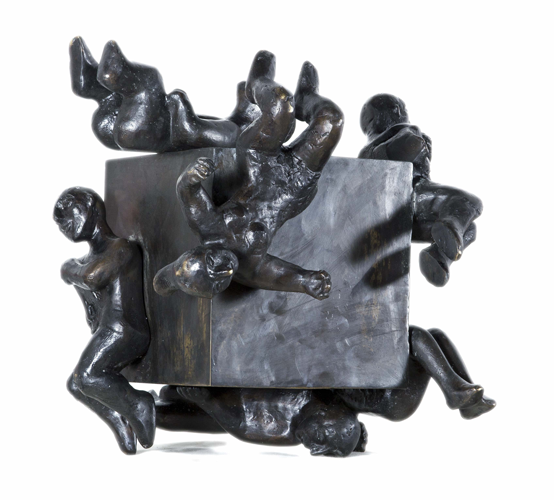 “Irrespective of what’s happening in the world I live in, I am still alive and still have a life.” Yazigi says. Having arrived at this realization, Yazigi uses his thoughts and findings as the starting point for a new, landmark, mixed-media installation of works that juxtapose still life, or figures in black ink, reflecting the artist’s documented observation that there are times when we are all motionless, be it planned or a random act, yet we are still breathing, thinking, living and even creating art.

“The war has had a big effect on me, but I can’t stop working,” the artist notes. “It’s part of my survival and a way of looking for a solution.”

Fadi Yazigi is a multi-media, figurative artist known for his paintings, ceramic relief carvings and sculptures. Yazigi was born in 1966 and studied at the Faculty of Fine Arts, Damascus University. He still lives and works in the city today. In his instantly-recognizable pieces, Yazigi often presents his subjects as underdeveloped creatures or half-human beasts, capturing their emotions and expressions as they deal with whatever life throws at them, from the mundane and humorous to the horrors of war.