A TRIBUTE TO KHALED B. 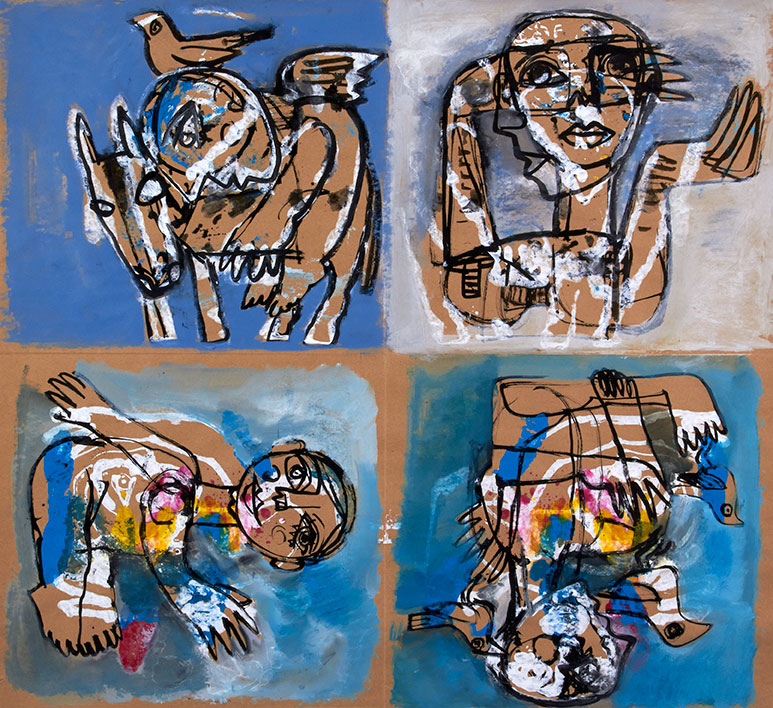 Recognised as one of the region’s most fascinating, figurative artists working today, Yazigi will be showing a broad range of new pieces, including colourful works on paper, paper bags and rice paper, alongside small-scale sculptures.

Reflective and contemplative, the show is, in part, a tribute to a special friend of the artist who passed away recently. Memories, the past and coping with both loss and survival are among the themes that run through the exhibition

Many of the pieces on show feature a bird as their subject, sometimes flying, but often stable and grounded, indicating both the artist’s decision to remain in his homeland, even in the midst of war, rather than take flight, and also his hope for the future. Recalling his late, dear friend, Yazigi notes: “He could be this bird made of bronze holding wings. Because he was here and suddenly he’s no longer around.”

About Fadi Yazigi:
Fadi Yazigi is a multi-media figurative artist who depicts everyday life in his home country with gritty accuracy.
Yazigi was born in 1966 and studied at the Faculty of Fine Arts, Damascus University. He still lives with his family in Damascus and works in the old city.
Yazigi has held several solo shows and participated in a number of collective exhibitions and international art fairs. His work can be found in public collections worldwide.